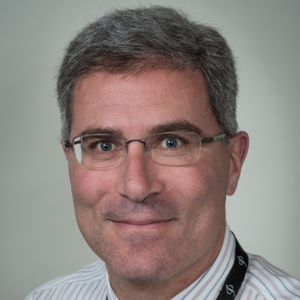 Dr. Elfenbein is originally from New York and moved to the Gunnison Valley from Connecticut where he practiced orthopedic surgery for 16 years.  He specializes in Sports Medicine and Upper Extremity Surgery and has extensive experience in total joint replacement.  He was named a "Top Doc" for orthopedics by Connecticut Magazine 4 years in a row before leaving the state.  He brings his years of experience and caring demeanor to the team at Pinnacle Orthopedics and Sports Medicine.

Dr. Elfenbein received his Bachelor of Arts degree, magna cum laude, from the University of Pennsylvania and his medical degree from the Albert Einstein College of Medicine in New York City where he was elected to the Alpha Omega Alpha medical honor society.  He continued his training at New York University for his surgical internship and then completed his orthopedic residency at the world-renowned NYU-Hospital for Joint Diseases Orthopedic Institute.  He is published in hand surgery and joint replacement.  He is board certified by the American Board of Orthopaedic Surgery, is a fellow of the American Academy of Orthopaedic Surgeons, and is a certified level 2 examiner for workers compensation in the state of Colorado.

On a personal note, Dr. Elfenbein loves the outdoors and, together with his wife and four children, has loved the move west to the Gunnison Valley.  An avid alpine and back-country skier, novice mountain biker, and recreational runner, the mountains of the Gunnison Valley are the perfect place for him and his family to live and work.  Dr. Elfenbein also enjoys woodworking and can often be found planning or working on his next project.